Leading into A New Role 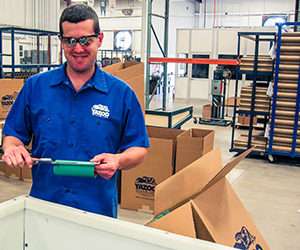 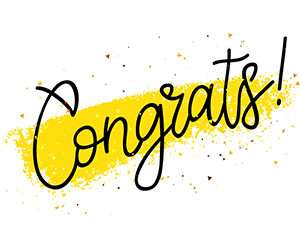 Yazoo Mills has successfully been in business since 1902 and has maintained a strong foundation in the manufacturing world for over a century. We’ve dedicated the last 117 years to finding the right people to not only help us be the leader in the tube and core industry but also to grow with our company.  Through hard work and dedication, we are pleased to announce the recent promotion of Jordan McSherry to his new role of Recut Lead.

Jordan, an 8-year Yazoo Mills veteran, started his manufacturing career with a local global defense company as a Military Tank Assembler, before joining our company as a Machine Operator in the Recut Department.  After a few short works, he quickly became a set-up person, setting up the machines to cut the tubes.  His eagerness to learn led him to become a trainer in the Recut Department.  Soon after, he was then promoted to a Floater position.

His current position as Lead includes scheduling jobs to ensure timely completion of orders, checking quality, overseeing team members in his department and answering questions as well as supporting his teammates when needed.  When asked what he likes best about working at Yazoo, he said “It’s a great place to work.  I like that it is a family-owned business that takes care of their employees and treats them like their own.”  He continued on to say, “I enjoy the work that I do and feel that my work is appreciated by my management as well as the entire company.”  In his spare time, you can find Jordan with his wife, two daughters (2 years old and 1 month) as well as hunting, going to the beach and enjoying a nice boat ride.

Congrats on your promotion, Jordan!  You play a key role in our success and we are lucky to have you on our team!