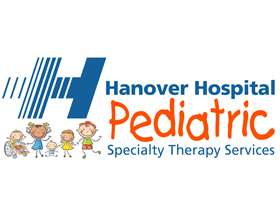 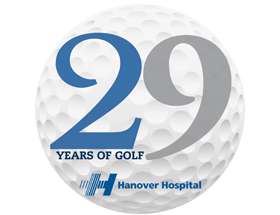 For over 30 years, Hanover Hospital has been committed to providing physical therapy services for children with special needs.  In 1993, Hanover Hospital added an outpatient therapy practice, and was officially designated as Pediatric Specialty Therapy Services.

Each year, Hanover Hospital holds their annual golf tournament with the proceeds going towards a certain program within the hospital.  This year, the tournament is called “Tee Time
for our Kids” which will benefit the Pediatric Specialty Therapy.

“As a need for pediatric therapy has increased, the program has outgrown its basement space at Cherry Tree.  This summer, the program will be moving from its current Cherry Tree location to the York Street Medical Center.  In order to provide the services and accommodate the growing patient base, a renovation to the existing York Street Rehab location is needed.  The renovation project has an expected cost of 1.2 million dollars.” the company’s website said.

Yazoo Mills has been a loyal contributor to numerous Hanover Hospital events for many years and will be a Bronze Sponsor ($3,000) for this year’s golf tournament.  We are more than
glad to donate to such a great cause and understand the impact our donation will have on the services provided to special needs children in our community. 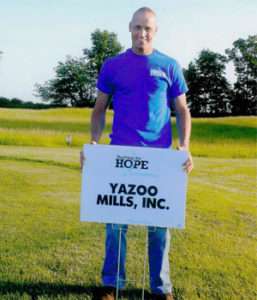 Yazoo not only cares about our own employees, but also about the communities where we all live and work.  Through our sponsorship of local community organizations and charities, Yazoo and its employees are making a difference in people’s lives, neighborhoods and communities across central Pennsylvania.

On May 31, 2014, Flatbush Golf Course hosted 120 golfers and volunteers for the 2014 Hacking for Hope Golf Tournament.  The family of Kurt Riser said “Thank you, Yazoo Mills, for your contribution to the 2014 Hacking for Hope Golf Tournament.  The proceeds from this year’s event, in the amount of $14,200, will be donated to Kurt Riser’s medical bills.  Currently, Kurt travels to Foxchase Cancer Center in Philadelphia every two weeks to receive treatments for his Esophageal Cancer.” 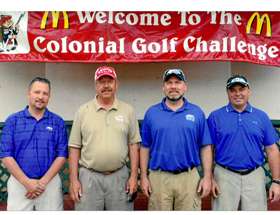 New Oxford’s Athletic Booster Club and Athletic Training Club hosted the McDonald’s 19th Annual Colonial Golf Challenge on Friday, June 13, 2014.  Yazoo Mills has been a continuous supporter when it comes to New Oxford athletics and donated $500 for this year’s golf tournament.  Yazoo also had a team play in the tournament.  The team consisted of Butch Wagaman, Richard Smarsh, Gene Reynolds, and Tom Senseney.  They placed 1st in the 2nd flight and each won a gift card to play golf at The Bridges.

“The previous eighteen tournaments were successful in raising funds, as well as providing everyone an afternoon of fun and golf.  The generous support of the community members and local businesses at the McDonald’s Colonial Golf Challenge is an investment in the future of our student athletes and programs.” said Scott Anderson, Golf Tournament Chairman. 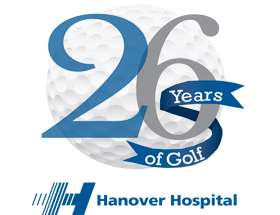 Hanover Hospital began caring for the Hanover, PA community in 1926 when philanthropists Harper Sheppard and Clinton Myers united local residents around the concept of a community hospital.  The Hospital structure was like no other as it was a sturdy and beautiful piece of architecture.  Over the past 88 years, Hanover Hospital has underwent numerous changes in order to keep up with the ever growing population and continues to offer high service within the community.

For 26 years, Hanover Hospital has been hosting an annual Golf Tournament and over the last four years, they have been raising funds for their PREP campaign (Private Rooms for Every Patient).  Yazoo Mills understands the importance of having a hospital prepared for the delivery of care and has contributed over $9,000.00 to the PREP Campaign.  The campaign and renovations started in 2010, was completed in August 2013, and the M4 unit finally opened in September 2013.  Since the completion of the M4 renovation, 82% of Hanover Hospital’s patients have private patient rooms, which is an effective component in the healing process.

For more information regarding the PREP Campaign, please click here.