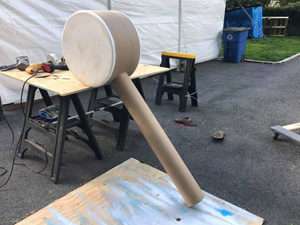 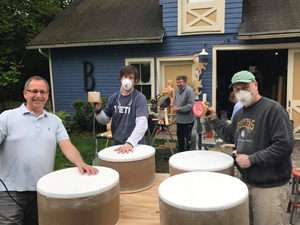 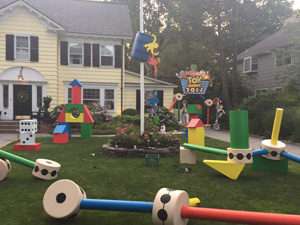 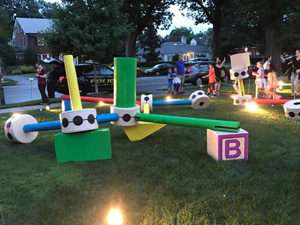 With the New Year finally here, that means that high school seniors are looking forward to one thing the most – graduation. Every school has their own traditions but New Jersey presents a whole new meaning behind a graduation party as they have a pretty unique tradition that Yazoo was glad our paper tubes and cores became the solution they were looking for.

“Project Graduation” is a long standing Glen Ridge, NJ tradition that the seniors look forward to each year. The event was created as a “send off” party for the seniors and put into place to give the students a fun and safe place to be rather than running the risk of getting in trouble at other parties.  The planning takes place in the fall when the students pick the theme and start fundraising, designing, and finding the location for the event. It is organized and managed by parent volunteers who have graduating seniors.  The event is held in three separate parts on the same evening after graduation; dinner party, tent party, and then a pool party.  The seniors have an allotted amount of time to get from one party to the next and have to check in.  Toy Story was the theme for 2017 and Yazoo’s paper tubes and cores were used to make giant “tinker toys” for the design.

Michael Blue, a clothing designer by trade and volunteer, said “Last year was the second Project Graduation that I have designed and executed. It’s 9 months of work for all involved but it is all worth it when we watch the kids walk into the tent party.  A lot of tears and some very tired parents.  Thanks again for being the go-to place for some very specific materials to design with.” 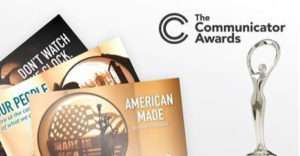 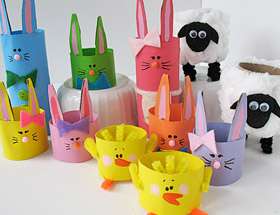 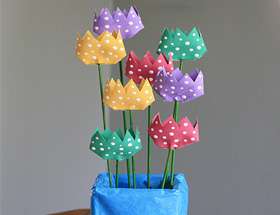 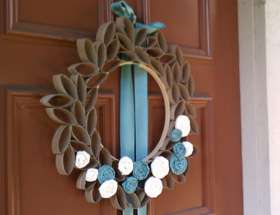 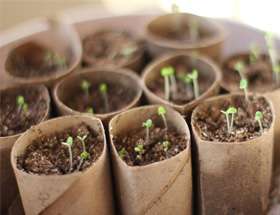 This winter proved to be long, snowy, and cold but the good news is that Spring is finally here and the weather is starting to change for the better.  Soon enough, flowers will start poking through the ground, giving yards some color and the weather will start warming up, just in time for Spring activities.

Paper tubes can be used to create fun and easy Spring time crafts for all ages.  With Easter being less than a week away, kids can decorate paper tubes and make them into bunnies, sheep, or peeps.  If you are having a hard time growing flowers in your garden, use paper tubes to create fake flowers that you can keep inside of your house all year round!  Are you feeling crafty?  Cut pieces of paper tubes and put them together as an inexpensive and creative Spring time wreath to hang on your front door.  Is the weather still just a little bit too cold to plant flowers?  You can use smaller paper tubes to plant flowers in until the weather gets a little warmer. 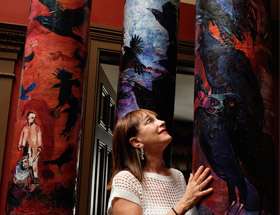 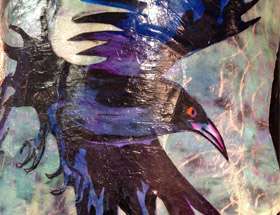 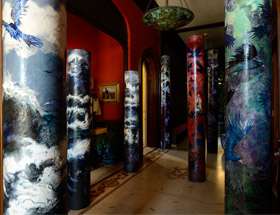 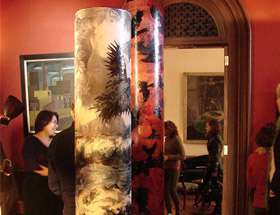 Have you ever looked at a product and thought of how you could use it differently than its intended sole purpose?  Or maybe took a product and added your own touches to make it creative?  An artist from Virginia has taken Yazoo’s tubes and made them into art by painting sceneries onto them.

Rosemary C., a professional artist who makes her living as a printmaker in Virginia, likes to work on building supplies and other non-traditional materials that often turn her prints into sculptures.  During one of her many art journeys, she stumbled upon an artist who had a tube in her studio, using it to carry her art supplies in.  Rosemary was given the tube and she started painting on it.  She says, “I was hooked.  I used the tube as a challenge.  As it is art in the round, it has to work from every angle, creating a changeable story.”

In 2014, she had an extensive exhibit at the Evergreen Museum in Baltimore, Maryland.  Part of this was an installation using Yazoo’s custom tubes.  The exhibit involved 10 tubes from seven to ten feet, filled with artwork all around the tube.